Children are always imitating and following the examples of their parents. For children, their parents and guardians are the role models, so they don’t hesitate to do whatever their parents do. This little kid in the video below is the same. When this toddler saw his dad enjoying and singing on the stage, he couldn’t help but walk out on the stage to steal the show himself. And who wouldn’t go crazy when one sees an adorable baby dancing to his own dad’s song?

Coffey Anderson is a very popular country singer and his son is not far behind. When Coffey was giving an unforgettable performance at an NYE event, his son Ethan gave him and everyone a pleasant surprise. Ethan ran towards his dad and hugged him. And seconds later, he instantly started dancing in his dad’s song. Isn’t that just adorable?

Did this touch your heart? Let us know via comments!

SHARE this video with all your friends and family.

Josh Groban’s entry to the music industry is purely by chance. When Celine Dion …

Dogs are one of the most adorable creatures on earth. They are not just … 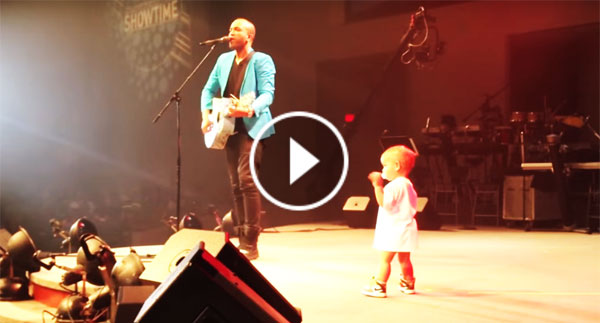