Josh Groban’s entry to the music industry is purely by chance. When Celine Dion and Andrea Bocelli were scheduled to practice “The Prayers” for 1999 Grammy Awards, Andrea Bocelli was unable to come. So the directors invited Josh Groban, who was just a teenager back then, to be a stand-in for Andrea Bocelli. Right then, Groban’s voice enthralled everyone and he made an entrance to the music world.

Even though his journey to music industry and fame was because of the chance, there is no doubt that his voice is one of the best in the whole world. This video below features Groban performing “O’ Holy Night” at the Rockefeller Center in the year 2002 and this will definitely blow your mind.

Such a beautiful song and such a spellbinding voice. Watch this video below and do let us know your thoughts about it via your comments!

Did you enjoy this? SHARE this video with all your friends and family.

What you are about to witness is truly unbelievable. You perhaps haven’t seen anything …

Pups are adorable and there’s no denial that can stand up to this fact. …

Marines sacrifice their life for the sake of their nation and its citizens. We … 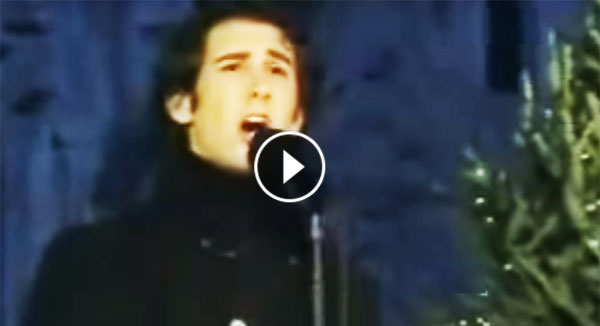