Neil Diamond is a renowned singer and songwriter. His career began in the 60’s, but you can still see him actively getting involved in the music industry today. He is a source of inspiration to many upcoming artists, and you might have even seen some of them covering his songs. Neil was inducted into the Rock n Roll Hall of Fame in 2011, and the Songwriter’s Hall Of Fame in 1984.

Neil Diamond’s, “Something Blue,” was released in 2014. He has done a wonderful job in singing this song. Millions of people have watched the video, and some, including me, have become a huge fan of him. This song proves that Neil only gets better with age. After listening to his song, you will want to sing along with him too!

Watch this video below! Wasn’t Neil amazing? Share your thoughts in the comments!

Don’t forget to SHARE this video with your friends and families!

Winter is wonderful. In many parts of the world, it snows during winter time. …

Companies come up with different sorts of strategies to sell their products. If you’re … 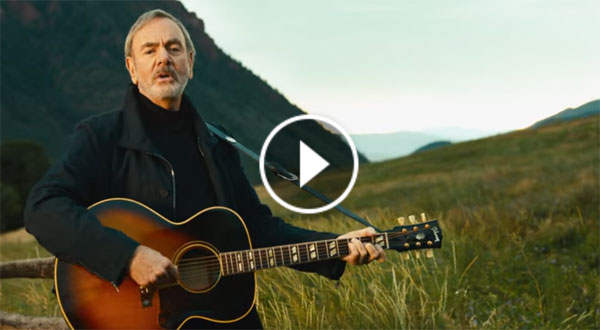