Hope For Paws is a non-profit organization which has been working tirelessly in USA to rescue and rehabilitate animals in need. It has been eight years since they started out this incredible journey for the welfare of all the animals suffering on the streets or in shelters. Throughout years, they have rescued many animals who were in desperate needs of their support. This video below also shows one of such wonderful rescues of a dog who was once used as a bait dog.

A team of rescuers were instantly dispatched by Hope For Paws as soon as they got an emergency call about an injured dog who collapsed on the streets after wondering for almost 2 hours. This dog was very injured and was clearly very weak and neglected. At first rescuers didn’t see her heavy injuries all over her body, but when they did their hearts were shattered.

Watch this heartrending rescue in the video below. Do let us know what you think about it in the comments!

Please SHARE this video with all your friends and family.

We have seen many unlikely and unusual friendship videos in the internet. But, no …

If you have a kid, then you are probably aware of their behaviors when …

Thanksgiving is just around the corner and everybody is quite excited about the festival. … 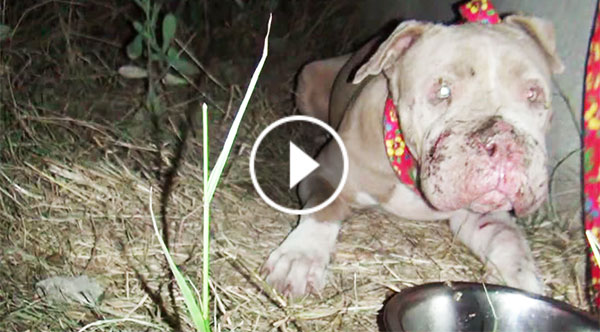