Humans have always tried to domesticate and tame wild horses for various purposes. Because of this reason, there are only few free-roaming horses left all around the world. However, people still haven’t got enough of taming and tampering with the habitat of these horses which is causing a great effect on these majestic animals’ life style.

This video below features a series of film portraits of women photographers who have dedicated themselves to filming how horses live in the wild. It is entitled “Strong Women, Wild Horses” and this documentary intends to show the world why we should leave the free roaming horses and their untamed territories alone for good. This movie features the free-roaming horses of USA, whose habitat resides at the Great Basin.

Watch this inspiring video below. Don’t forget to share your opinions about it via comments!

Do SHARE this important video with all your friends and family.

Parenthood is the best stage of life. Every parent in the world would probably …

Watch Later 00:46
Animals have proven their intelligence to us time and again. But this little cat …
0

We might think that friendship between two different species is not possible. However, there … 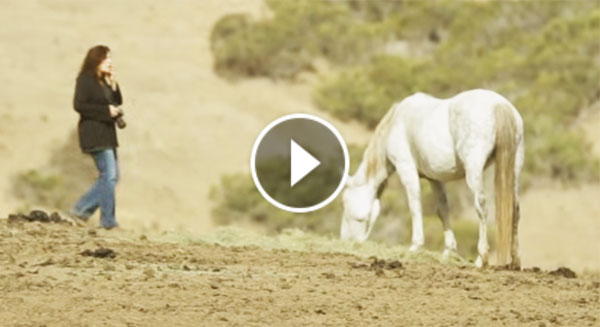