This amazing dog is named Picasso. He was born in the most unusual way. His jaw is misplaced, causing his looks to be irregular to that of a dog. He was abandoned by his breeder who was disappointed with Picasso’s looks. the breeder couldn’t sell him so he was abandoned.

His brother, Pablo accompanied Picasso until one day, they were both rescued. At last, Picasso was found by someone who didn’t mind how he looked and loved him just the way he is. Discover how Picasso and Pablo were treated by their new parents and prepared to be touched by Pablo’s brotherly love for Picasso. And be touched even more how the new owner treated them in a very special way.

Tell us what you think about people who discriminate and treat animals poorly just because they look different!

The relationship between us and our canine companions is truly wonderful. From their birth, …

Birds are really smart creatures. They always know what they are doing. Like this … 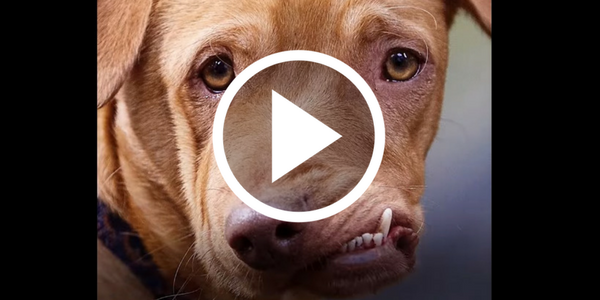