Charice Pempengco is a young Filipina singer who rose to popularity through YouTube. She had always wished to be a professional singer and had also participated in a Philippines singing talent show program “Little Big Star” in 2005. However, she gained utmost popularity in 2007 after an avid supporter FalseVoice started posting a series of her performance videos on YouTube. She was also dubbed as “the most talented girl in the world” by Oprah Winfrey.

In this video below, Charice is performing one of the most famous songs by her one and only idol Celine Dion. Even though this song, All By Myself requires a very strong vocal range, Charice nails it like a pro. Her powerful voice and strong stage presence will definitely leave you stunned.

When Charice performed this song, even David Foster was blown away by her talent. Watch this video below and do let us know what you think about it in the comments below!

Did you enjoy this performance? SHARE this video with all your friends and family.

Children are always imitating and following the examples of their parents. For children, their …

Watch Later 05:08
You thought old couple dancing on the dance floor was amazing? Now, wait till …
0 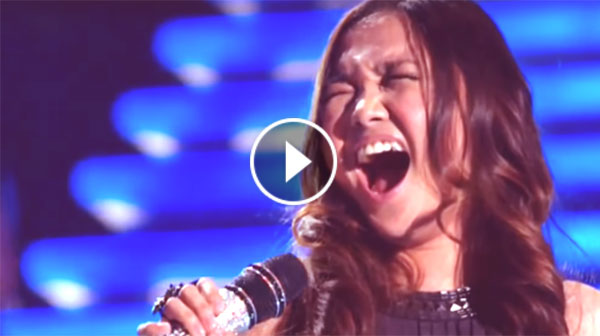