Rooney, this dog is guilty of ruining mom’s glasses. He chewed it up and hid it in her backyard so she would not find it. He thought he succeeded to cheat mom, but after several days mom found out the truth. Now, mom confronts Rooney about her long-lost-chewed-up glasses. But his reaction? That is one hilariously guilty face!

This video was posted by Mike Eaton because technology was hard for Stephanie; the original owner of the video. It was uploaded in Mike’s YouTube channel on August 20th, 2014. And within few days, this guilty dog video became famous worldwide. Now it has more than 2 million views and still counting.

Watch this guilty dog in the video and don’t forget to share your thoughts with us through your comments.

If this made you smile then do SHARE this video with everyone.

Having a friendly relationship with the majestic creatures of earth, horses, is mesmerizing and … 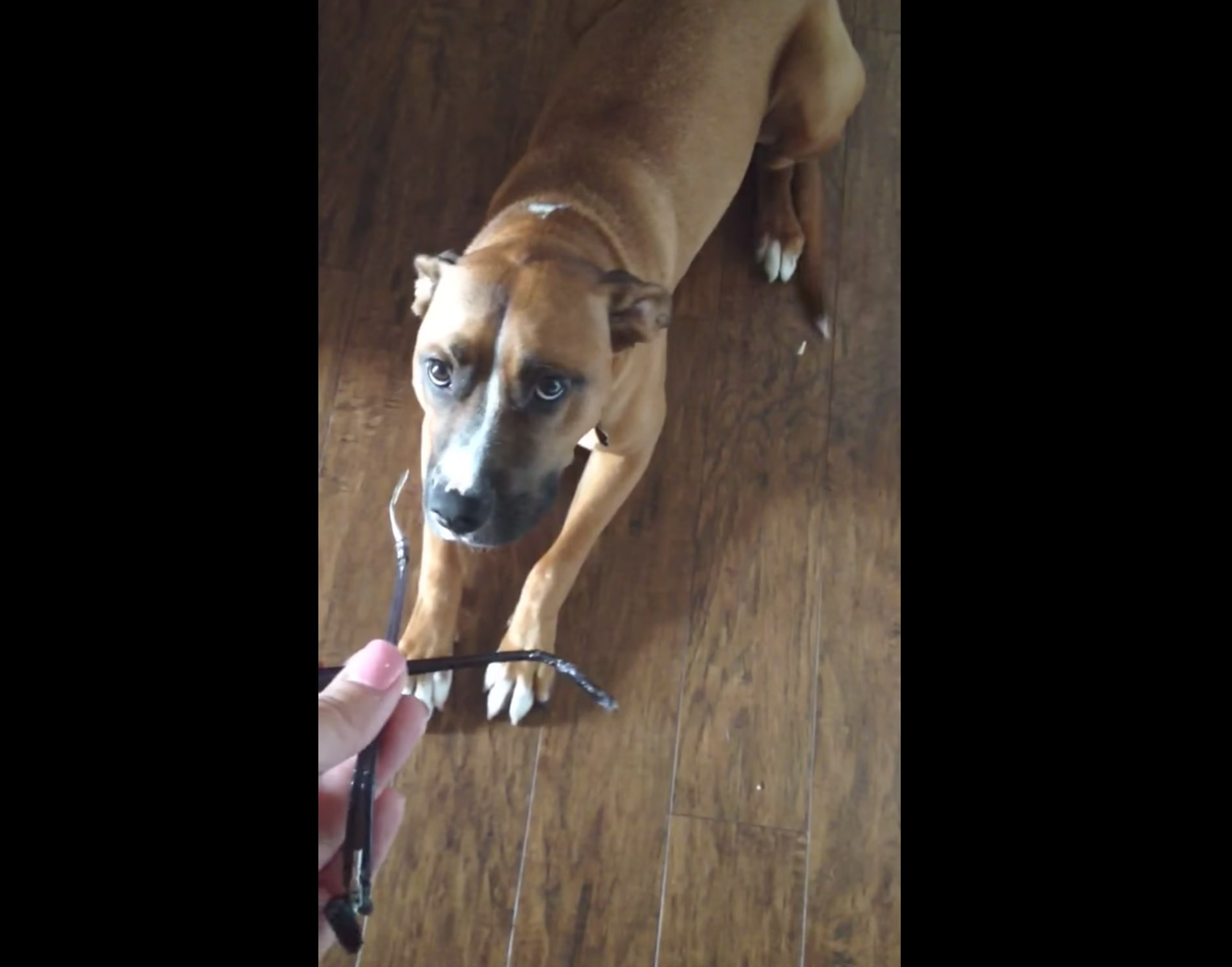